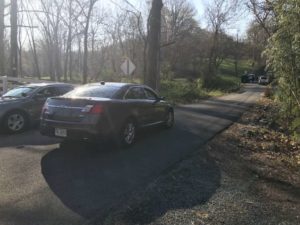 Local police have identified a man found dead in Fairfax Station on Wednesday as Michael Cooker, 30, of Herndon.

According to the Fairfax County Police Department, Cooker was found on the 6500 block of Colchester Road around 6:49 a.m. on Wednesday. A passerby saw a man laying on the side of the road and alerted police.

Police are investigating the incident as a homicide. Cooker sustained upper body trauma. No weapons were found on the scene.

An autopsy, which will be conducted by the Office of the Chief Medical Examiner, will determine the exact cause and manner of death.