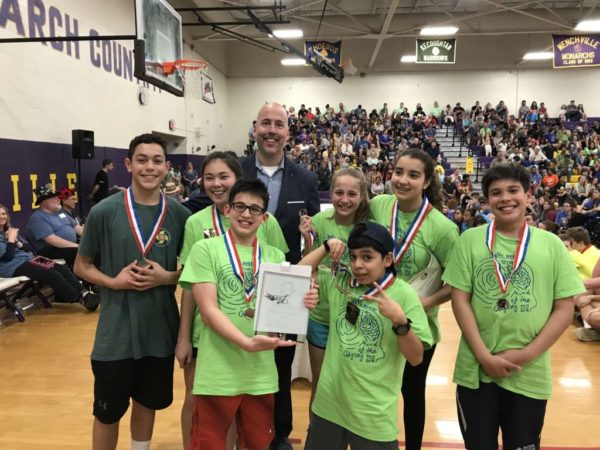 A seven-member team from Langston Hughes Middle School has advanced to the final round of the Odyssey of the Mind contest, an international educational competition that aims to develop creative problem-solving.

Students apply creativity by solving problems that range from building mechanical devices to presenting an interpretation of literary classics.

The team won second place in the Virginia State Tournament this month, qualifying them for the 39th annual world finals. The championship takes from on May 23 through May 26 at Iowa State University in Ames, Iowa.

As the team prepares for the competition, it has launched a crowdfunding campaign to raise $14,000 to finance the journey, which includes expenses for housing, tournament registration and travel.

In March, the team won first place at the regional competition at Thomas Jefferson High School, where they were challenged to present a humorous, documentary-style performance based on a classic.