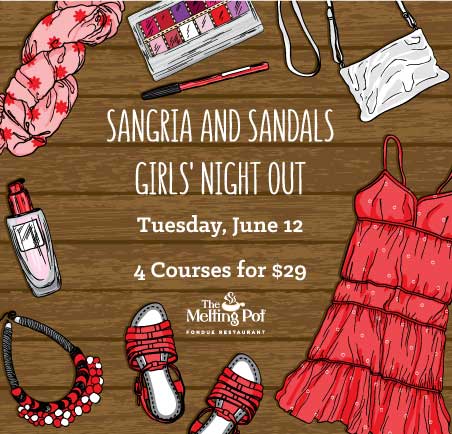 Deal of the Week: Sangria & Sandals Girls Night Out @ The Melting Pot in Plaza America:

Tuesday: Hop on the metro @ Wiehle-Reston & head into town for the Caps Stanley Cup Parade!