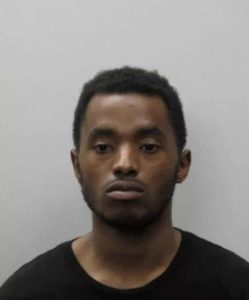 A 20-year-old Reston man was arrested on Wednesday (June 20) in connection with a narcotics violation.

According to the Fairfax County Police Department, Tavarius Lee, 20, of Reston was charged with possession of marijuana with intent to distribute.

Bike team officers saw what an individual they described as “a known drug dealer.” Lee ran away as officers attempted to approach him. When he was caught by police, they uncovered nearly two ounces of marijuana and a “significant” amount of cash. Police did not disclose the amount.