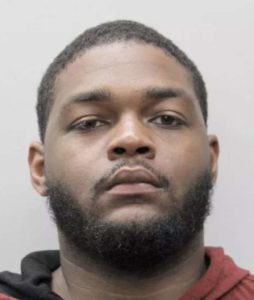 On July 28, a Reston resident was arrested in connection with a burglary on the 1400 block of Beaumeadow Court in Centreville. Chase Koon, 21, was arrested after police saw him attempt to enter the home through the front door.

Police responded to the scene when a resident called saying that someone was outside the home and was going to hurt their son. The suspect tried to get into the house by breaking windows and forcing the door open, according to Fairfax County Police Department. The homeowner was hit by the door when the man pushed it open, but was not injured.

Koon was arrested and charged with assault and battery, burglary with intent to assault, destruction of property, possession of marijuana and disorderly conduct.

Immediately after being released, police said Koon called police from a business on the 14000 block of Penrose Plaza and said he was going to harm employees there. Koon was arrested again and charged with disorderly conduct. He was then held without bond.

In other news, cash and items were taken during two separate incidents this week. A masked man came into the Sunoco on the 13000 block of Coppermine and demanded cash while holding a knife on July 24 at around 1:30 a.m. An undisclosed amount of money was taken.

Police described the suspect as a white man, between 25 and 30 years old and roughly six feet tall.

In a separate incident that happened sometime between July 20 and 23, someone entered a home on the 2500 block of Logan Wood Drive when the residents were out of town and took multiple electronic devices.