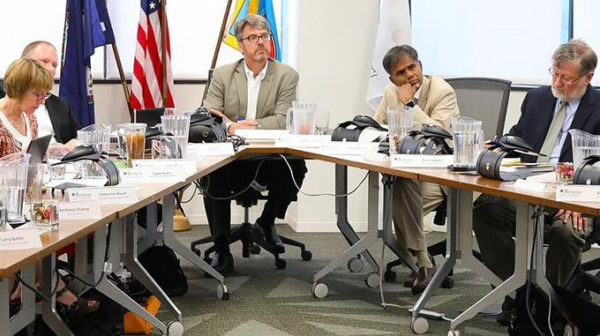 Following a series of meetings with county officials about a planned population density increase in Reston, Reston Association’s Board of Directors is urging the county to build more assertive, clearer statements into its planning and development mechanisms.

At a special work session Monday night, board members considered adding language to specify a population cap. After some discussion, the board concluded it was best to avoid locking in a specific number until other items were addressed. Acting CEO Larry Butler said it was better for RA to not take a position on the issue yet.

“This takes more of a position which I’m sure a lot of people in the community would like to see but I’m just saying that it has not been the tack of the board,” Butler said.

RA board president Andy Sigle said adding a specific population cap could be addressed in a subsequent letter. The letter itself raises the following points:

As one of the original members of the Coalition for a Planned Reston, the grassroots organization heavily involved in discussions with the county, board member John Mooney said RA must recognize that it has no legal power in these discussions. Mooney said the organization should exercise its political power to push for changes as necessary.

“There is a power to truth and we have insisted that we want reason to show what the truth is… we have made it not an act of the will but an act of reason,” Mooney said.

More information on the proposed zoning ordinance amendment is available online. The county has not yet released a schedule detailing when the amendment will be formally introduced at the county level.