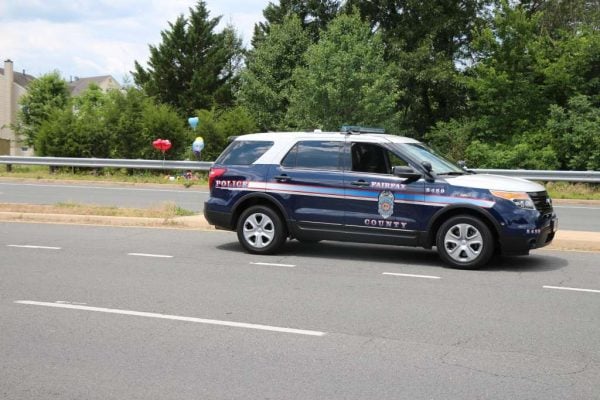 Police continue to investigate a shoplifting incident at Target earlier this month that resulted in a multi-car police pursuit. Officers responded to Target on Sept. 17 at around 8 p.m. after an employee noticed a man was stealing merchandise. Police cars pursued the car, but the man was not found.

In a separate incident, police are investigating a home burglary on the 2200 block of Castle Rock Square. Sometime between Sept. 19 and Sept. 20, someone broke into the apartment and took electronic equipment, according to the Fairfax County Police Department.

The Herndon Police Department also continues to search for a man who they believe robbed M&T Bank in Herndon on Sept. 14. Police issued photos from a security camera but have not found the suspect yet.

On Sept. 16 just before 7 a.m., Loudoun County Sheriff’s Office deputies responded found a disabled car parked in the middle of the road on Waxpool Road in Ashburn. The driver and passenger were found attempting to get into another vehicle.

Maria Alevromagiros, 34, of Herndon, was arrested and charged with driving under the influence, possession of narcotics and driving on a suspended driver’s license, according to LCSO.