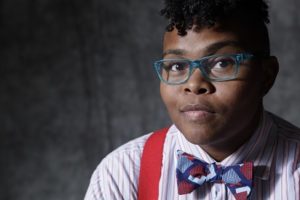 The Reston Community Center recently added the singer-songwriter to its lineup of artists for the three-day event, which takes place from Jan. 19 to Jan. 21.

Matthews has gained national acclaim for her music, which blends Americana, folk, jazz, blues, bluegrass and funk. In 2017, she was the grand-prize winner in the NewSong Music Competition and won the People’s Music Network’s Social Justice Songs contest at the Northeast Regional Folk Alliance.

“Crys Matthews is an important voice of her generation and will be an excellent addition to our weekend lineup,” Paul Douglas Michnewicz, the arts and events director for Reston Community Center, said in a statement. “Her perspective reminds us that our similarities are far more important than our differences.”

Matthews is scheduled to perform at 2 p.m. on Jan. 20 at CenterStage. Tickets cost $15 for Reston residents.

She also plans to conduct a workshop for students at Langston Hughes Middle School and South Lakes High School as an artist-in-residence in Reston.