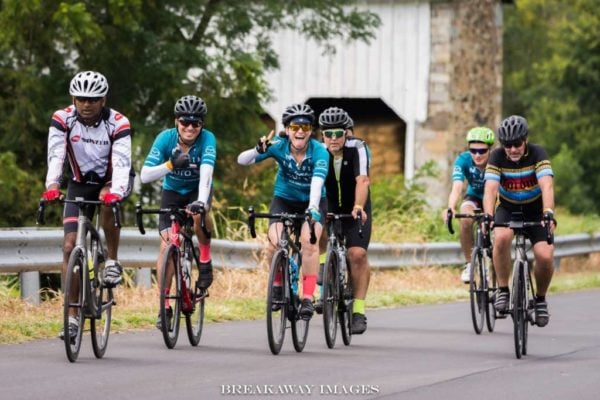 As the year comes to a close, the Reston Bicycle Club topped $5,100 in donations to community projects that support bicycling.

“The Reston Bike club is proud to provide financial and member volunteer support to community initiatives that promote cycling for fun, exercise, and as a commuting alternative,” Club President Chip Magrogan said in a press release.

The club’s executive committee voted last week to donate to local bicycling organizations. Kelley Westenhoff, the vice-chairman of the Reston Bicycle Club, said the checks are in the mail.

TrailsforYouth.org, the Mid-Atlantic Off-Road Enthusiasts and the Fairfax Alliance for Better Bicycling will receive $1000 each, while $500 was donated to NOVA Cycling. Earlier this year, the club donated to the Be AMYazing Reston Youth Triathlon as well as the Reston Sprint Triathlon.

“2018 was our first year of formalizing donations with a grant application, etc. thus donations for past years are hard to track as they were on a more ‘as needed’ basis,” Westenhoff told Reston Now via email.

“That said, I’ve been on the board for two years, and was involved with some of the past donations, so I can say that this year’s total so far is the highest we’ve gone in a year — with the exception of some big projects we funded such as bike racks in Reston and the bike counter for [Fairfax Alliance for Better Bicycling],” Westenhoff added.

The club, founded in 1982, aims to promote bicycling around Reston and other nearby communities. Funding for philanthropy comes from club member dues and the club’s annual Century Ride, held in August.

Club membership includes social rides and training rides every day of the week from April through September and on weekends year-round. Membership costs $25 annually.

more stories
Previous
‘Elden Street Tea Shop’ Set for Grand Opening This Week in Herndon
Next
Reno of the Month: Reston Remodeling with Heart — Your Guide to Intention Painting