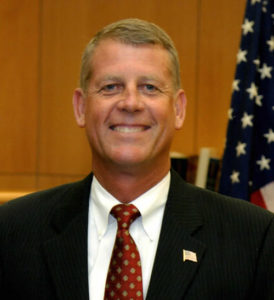 (Updated at 3:54 p.m.) Former Herndon Mayor Mike O’Reilly announced on Friday (Dec. 14) that he will vie for the Virginia House of Delegates seat representing the 86th District, which includes Herndon.

Del. Jennifer Boysko, who currently holds the seat, plans to run for the State Senate seat to replace Congresswoman-elect Jennifer Wexton in the special election on Jan. 8.

“I am running for the House of Delegates to fight for more affordable healthcare, more funding for education and transportation in Northern Virginia, protection of women’s rights, protection from gun violence and to protect the environment,” O’Reilly said in a press release.

O’Reilly was elected Mayor of Herndon in 2004. As mayor, he helped reduce the tax rate, opened a new police station, opened the Senior Center at Herndon Harbor House and completed a rewrite of Herndon’s zoning ordinance.

He is currently a lawyer and the owner and principal of the O’Reilly Law Firm at 761 Monroe Street in Herndon and a member of the Dulles Regional Chamber of Commerce.

O’Reilly, who has lived in Herndon for more than 35 years, is married and has four children.

O’Reilly served five years as a member of the Board of Directors of the Washington Metropolitan Airports Authority, where he negotiated the design, financing and construction of the first phase for the Silver Line project and the procurement and contract award for the second phase.

He chaired for ten years the Governing Board of the Fairfax Falls Church Partnership to Prevent and End Homelessness and also chaired the Board for Arts Herndon.

He faces three other Democratic candidates — Chad Thompson, Kofi Annan and Ibraheem Samirah — for the spot at the Jan. 12 primary.