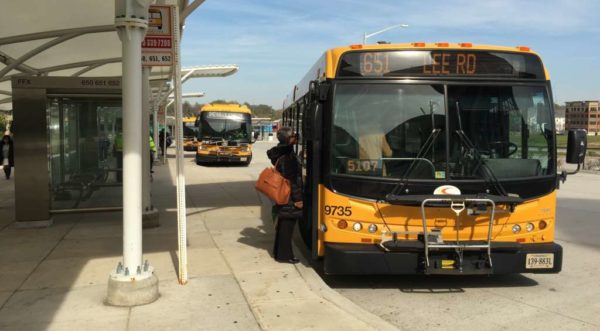 New changes to the Fairfax Connector bus schedule will hopefully make it easier for Herndon High School students to catch a ride.

Starting on Jan. 19, Routes 924 and 926 will be adjusted to align with the school’s bell schedule and provide better access for Herndon High School students.

The route is a weekday rush hour service only that that runs from the Wiehle-Reston East Metro Station to the Town Center Plaza on Leesburg Pike.The route runs directly past Herndon High School.

The changes were approved by the Fairfax County Board of Supervisors in November, where Supervisor John Foust praised the swift response of Fairfax County Department of Transportation staff to issue the change.

“I just wanted to thank our transit group for being so responsive,” said Foust. “We have the ability to make connector services available to Herndon High School students by tweaking the schedule. I brought it to their attention and next thing I know, bam, it’s done.”

At the meeting, the Board of Supervisors also approved a new bus route in Vienna.