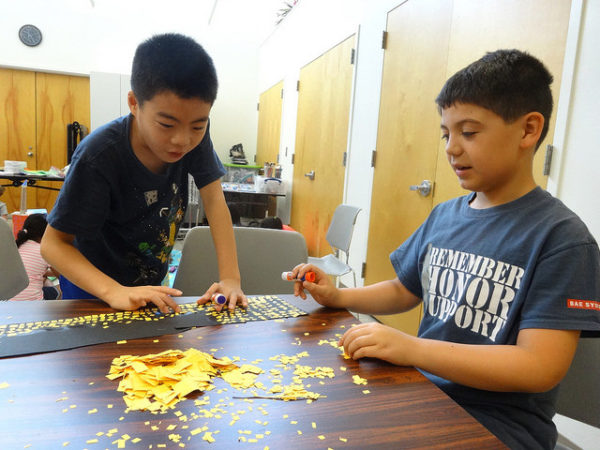 The Reston Community Center announced today (Jan. 15) that it will offer special summer camp fee waivers for affected families, allowing them to pay $10-$20 per child per week this summer.

Families can pay $10 per child per week of camp, with some camps planned with half-days. They can also pay an extra $10 for “Zen Zone,” an after-care option for those in less than a full day of camp.

“Reston is home to many people who have been affected by this event,” RCC’s Executive Director Leila Gordon said in a press release. “We know that discretionary spending for summer activities would be among the first things families would likely cut back on or eliminate in trying economic circumstances.”

Gorden said that she doesn’t want the shutdown — now the longest one in U.S. history — to deprive kids of their summer fun. She added that RCC will offer the fee waivers even if the government employees are called back to work soon.

“The economic impact has already been profound for federal employees,” she said.

Reston Community Center’s summer camps include a variety of half-day and full-day options.

RCC plans to host the Reston Camp Expo, which will have exhibitors from area nonprofits and Fairfax County government agencies, at RCC Hunters Woods (2310 Colts Neck Road) on Saturday, Jan. 26, from 9 a.m. to noon.

Registration for summer camp begins on Feb. 1 for Restonians and on Feb. 8 for everyone else. Families who live or work in Reston must present their federal government employee identification when registering for 2019 camp sessions.

Photo via the Reston Community Center