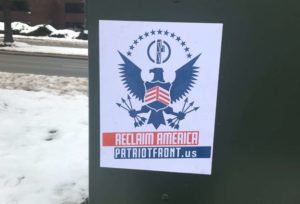 Patriot Front tweeted that its “activists” put up the posters around Herndon. Last week the group said that it also put up posters in Reston.

A spokeswoman for the Town of Herndon told Reston Now yesterday that the town does not have any information related to the posters.

Via Twitter, a person in Herndon said he saw “some guy” posting the fliers “on the electrical box outside of an office park.” He encouraged people to “take them down and report it.” 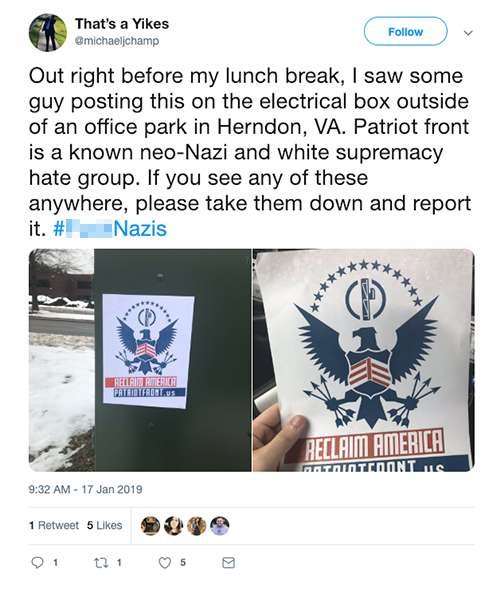