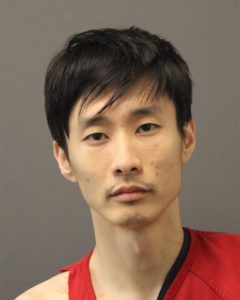 Deputies responded to the 39000 block of Peacock Circle around 3:30 p.m. for a trespassing complaint after a witness said that a male forced entry into a trailer on the property, which contained firearms, according to the Loudoun County Sheriff’s Office.

Before the deputies arrived, the suspect, now identified as Hyeong J. Suh, 29, of Reston, was heard firing a weapon on the property, the report said.

An investigation by the Sheriff’s Office indicates that Suh “fired a weapon several times, including firing rounds at two responding deputies.” The deputies exchanged gunfire and wounded Suh, who then “subsequently barricaded himself in the trailer, but exited a short time later and surrendered without further incident,” the report says.

Suh was immediately transported to a local hospital for a non-life threatening injury.

Suh was arrested and charged with one count of attempted capital murder and breaking and entering, according to the report. Currently, Suh is being held at the Loudoun County Adult Detention Center without bond.

Two deputies have been placed on routine, paid administrative leave until the end of the investigation, per Loudoun County Sheriff’s Office policy.