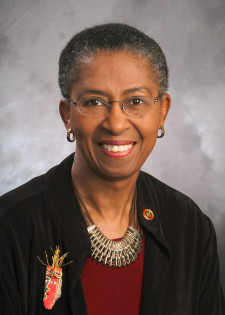 The announcement came shortly after 11:30 a.m. during the Fairfax County’s Board of Supervisors meeting. Her planned retirement adds to list of supervisors who have also said they are leaving.

Her colleagues on the board took to Twitter shortly after the announcement to share the news and praise her work.

Chairman Sharon Bulova, who announced her plans to retire in December, tweeted that Hudgins “will be sincerely missed when she retires from the Board at the end of 2019.”

U.S. Rep. Gerry Connolly (D-Va.), who was the chairman before Bulova, tweeted that Hudgins has been a “tireless advocate for the Hunter Mill District,” pointing to her work on affordable housing.

Thank you to Hunter Mill District Supervisor Cathy Hudgins on her decades of service to Fairfax County. She will be sincerely missed when she retires from the Board at the end of 2019.

Cathy Hudgins has been a trainblazer and an advocate for Hunter Mill District and Reston for many years. We wish her the best in her retirement and look forward to great things for the rest of the year!!! https://t.co/DMNiSbDKDm

Supervisor Cathy Hudgins has been a tireless advocate for the Hunter Mill District. She’s been a champion for affordable housing and has dedicated her career to making sure every voice is heard in our community. I'm proud to call her a friend and wish her well in her retirement.