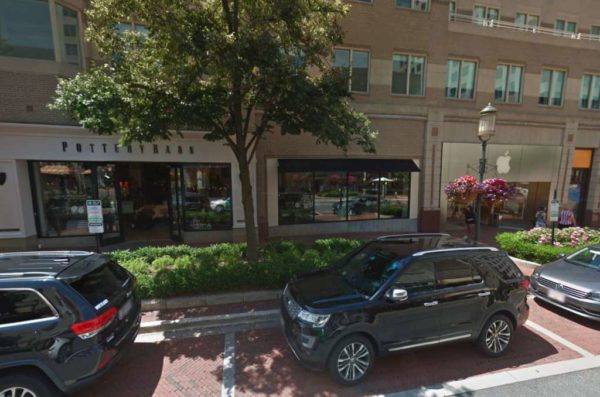 The Apple Store in Reston Town Center has some planned changes in the works.

Apple Inc. filed a building permit for the spot recently vacated by Pottery Barn, which is next door to the Apple Store at 11949 Market Street.

Replacements for the now-empty spaces haven’t been announced yet. Reston Town Center recently unveiled six newcomers slated to open later this year, but did not indicate the expected opening dates or addresses.

The permit description says that it is for a new tenant layout. It remains unclear at this time whether Apple is considering expanding or moving into the new space.

Reston Now reached out to Boston Properties and Apple for comment and has not heard back yet.