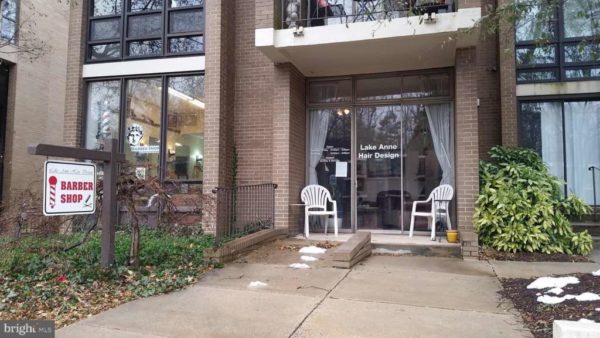 The hair studio has been in business in Reston for 30 years as a no-appointment-needed barber shop.

According to an obituary, Burr went to barber school at 17 and started the design studio in the late 1970s.

“[Burr] became a neighborhood fixture waiting to strike up a conversation or watch any tennis-match on TV,” according to the obituary. “He, a true optimist, was always genuinely willing to help others in any way he could.”

Randy has been on Lake Anne Plaza almost from the beginning- cutting hair, making jokes, telling stories and waving at the passersby from his comfortable chair outside his shop. He will be missed by many.