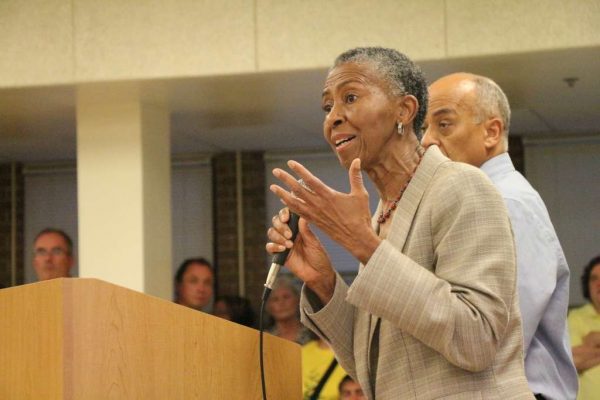 It’s been a quiet two months since the Fairfax County Board of Supervisors voted to indefinitely defer the consideration of the hotly debated Planned Residential Community district proposal in early March.

Hunter Mill District Supervisor Cathy Hudgins and the county’s planning staff plan to discuss future steps in an internal meeting by early May, according to a legislative assistant for the Hunter Mill District. The office deferred questions on the proposal and next steps until discussions have taken place and new leadership for the Planning and Zoning Department are updated about the process thus far.

The proposal, which would have increased the maximum allowed population acre in PRC  from 13 to up to 15 people, was put on hold on March 5 at the request of Hudgins. She said she wanted to work with the community to address concerns about the redevelopment of village centers, managing growth with infrastructure improvements, and misinformation in the community.

County officials will likely examine the future of Reston’s village centers before reconsidering the PRC proposal — a plan suggested by the Fairfax County Planning Commission. Hudgins also concurred with the suggestion.

No other information about the future of the proposal was released as the county takes “a short breather,” the legislative assistant told Reston Now.