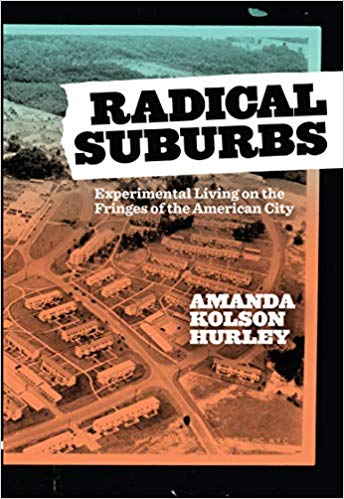 Stereotypes of suburban life — with its big homes, picketed fences, and affluent people — thrive in America. But in some “radical suburbs,” people flocked to the urban fringes to chase a different way of life, according to City Lab Editor Amanda Kolson Hurley.

Hurley says that Reston is a community that strays from the typical idea of a conventional, middle-class suburb. She discussed her book in a Kojo Nnamdi Show segment on Wednesday (April 24).

Reston is an “anti-suburb” developed by Bob Simon, who was born into a family of real estate developers, Hurley said. After taking a bike trip across Europe — with all of its plazas and community-style living — Simon was inspired to sell off his share of Carnegie Hall to build a new town. Like the founder of Columbia, Md. – Reston’s sister city — Simon was tired of the soul-less and ugly character of other suburbs, Hurley said.

But Reston turned out to be a good bet. Unlike other suburbs at the time, Reston was integrated from the very beginning, giving it a forward-looking vision, she says.

But now, Reston — like other radical suburbs — faces a question of identity.

“The question it faces and that more and more suburbs will face in the coming years is one of identity,” Hurley said, “Should it be a suburb or a city?”

Before we head into a weekend, let’s take a look back at the biggest stories on the site in recent days. Red Velvet Bakery opening Saturday, first 200 people get…

A new rebate program that starts next year would give thousands of dollars to Virginians who buy or lease an electric vehicle. But it’s not funded. Fairfax County officials said the…

After reopening its doors for the first indoor production during the pandemic in August, Herndon’s NextStop Theatre Company plans to scale back its programming schedule for this fall due to…