Fairfax County’s violent crime rate dipped slightly this year over last year, according to data compiled by the police department.

The data, which were released Friday, show that homicide decreased from 201to 13, rape decreased from 98 to 92, and robbery decreased from 428 to 354. Aggravated assault also dipped from 283 to 260. Of FCPD’s eight police districts, the Reston District stations fell on the lower end for the number of driving while intoxicated arrests for last year. 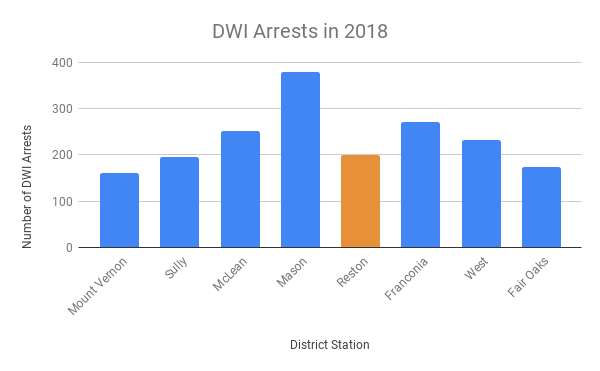 Movement is also expected on a body worn camera pilot program that had a test run in Reston last year. FCPD Chief Edwin Roessler plans to share findings about the program — compiled in partnership with American University researchers —  with the Fairfax County Board of Supervisor this year.

More Stories
Legal Insider: Outdated Virginia Laws that Need to be ChangedHerndon Police Department’s Coffee with a Cop Brewing for Next Week