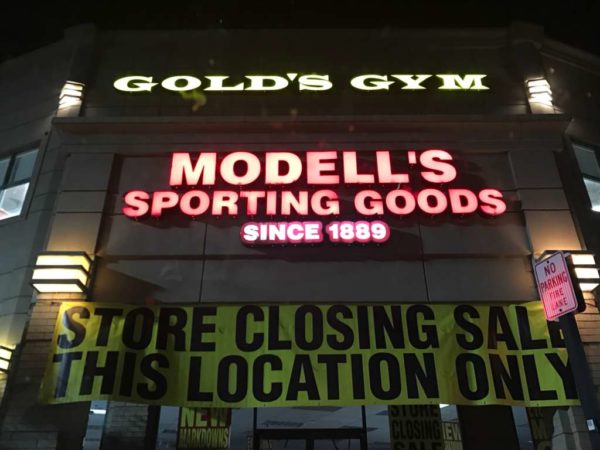 The store is closing because it lost its lease. A company official declined to release more information about the store’s closure to Reston Now.

A clearance sale is now in effect at the family-operated chain, which sells athletic equipment, footwear and clothing.

County permits do not indicate what will fill the space once it is vacated.