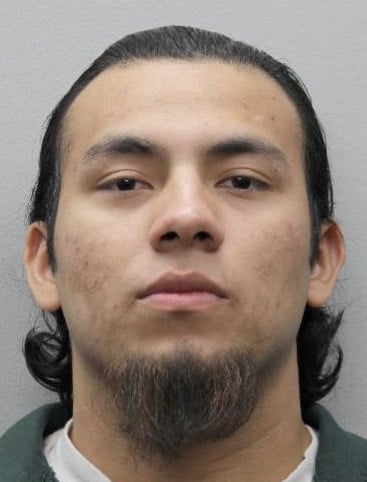 In May 2018, the body of Alexander Alfaro Castillo, a Herndon resident, was found with a note on his chest alongside photos of a young girl. It read, “He raped me when I was drunk so I killed him.”

Castillo also had underwear stuffed in his mouth and the letters “MS” carved into his face, according to a recent news report.

Now, Herndon police are saying that the case is not the revenge killing it appeared to be.

Authorities say they will not disclose a motive because the case is still pending in court, but they believe the note was intended to distract the police from tracking the actual suspects.

The Washington Post dove into search warrants that confirm one suspect in the killing — Denis Castillo Hernandez, 21, who is allegedly an MS-13 member.

A white powder was sprinkled over Castillo’s head and body when it was discovered, prompting officers to call a hazmat team to clean up the substance before detectives could investigate more fully, according to the search warrants. The powder was later determined to be a salt that was not dangerous.

Maria Ines Alfaro, the victim’s sister, said her family did not know Hernandez and they had not been told by police what prompted the killing.

“He was very sweet and supportive in many ways,” Ines Alfaro said of her brother. “He used to bring a bottle of wine to have with my mom and me. We used to do that every day.”

Local police have been mum about the case, releasing only a few public details since it occurred.

Search warrants obtained by the Post indicate Castillo was found dead in his mother’s home on the 400 block of Patrick Lane on May 26. He was lying on his back on the floor in underwear and a black shirt. Residents in the home said they heard loud banging and screaming prior to the arrival of police.

A detective later learned that Castillo was texting with a contact named “Denis El Salvatruco” earlier that day, according to the post. The number was later traced to Hernandez’s father.

Hernandez was taken into custody on May 31 in connection with a separate stabbing that happened that day. Police found a picture of Castillo in Hernandez’s wallet, according to the Post.

Hernandez will stand trial on July 8 in connection with Castillo’s killing.