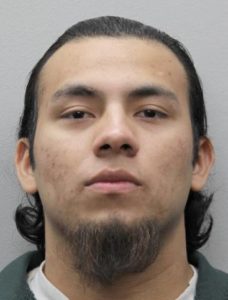 Yesterday, police charged a 20-year-old Herndon resident with first-degree murder, according to the Herndon Police Department.

Herndon police said they found the victim, Alexander Alfaro Castillo, 40, of Herndon, dead on the morning of May 25 at the 400 block of Patrick Lane.

Police said Castillo sustained trauma to the upper body that resulted in his death.

Police arrested and charged Denis Castillo Hernandez on Monday (Nov. 26). He is currently being held without bond at the Fairfax County Adult Detention Center.

Hernandez was arrested earlier this year.

In June, Fairfax County police arrested and charged him with aggravated malicious assault in connection to a stabbing. The stabbing happened on the 1300 block of Parcher Avenue on May 31, police said.