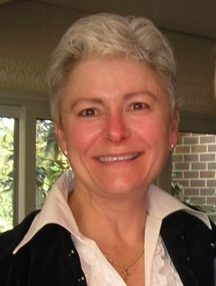 This op-ed was submitted by Lynne Mulston, vice president of Reston Citizens Association, chair of Rescue Reston’s North Course Committee, and a member of Hidden Creek Country Club. It does not reflect the opinions of Reston Now. We publish article and opinion contributions of specific interest to the Reston community. Contributions may be edited for length or content.

What doesn’t Wheelock understand about the Reston community’s response to their plans to develop Hidden Creek Country Club?

The focus groups that were held last year should have sent a clear message that the majority of the participants want the open space golf course at Hidden Creek to remain as such. One focus group participant said, “You [Wheelock and Swaback] don’t get it. We already have our park and we don’t pay a cent for it.”

The members of Hidden Creek — many of whom are long-term residents of Reston, have chosen to raise their families here, paid their taxes to Fairfax County including the added Small Tax District #5 assessments for the pleasure of living here, joined Hidden Creek for its amenities including swimming, tennis and golf, a sport that you can play well into your retirement years. In fact, there are numerous senior members (70+ years of age) at the Club which also serves as the home course for McLean High School’s golf team.

I was shocked recently when I received photos of a display that Wheelock Communities has set-up in a member event room just off the Tavern Bar and Grill. Every inch of wall space is covered with posters, presentations, and pictures of the plunder of Wheelock’s vision to turn 164-acres of open space that Gulf Reston originally dedicated to the people of Reston.

Here are just a few of the details of Wheelock’s proposal for HCCC’s development:

It’s clear that Wheelock is betting their $14 million investment could net a return of $250 million; their investors are relying on their success. It’s up to us to show them why Reston was a poor choice for their exploitations. Vote for candidates who clearly state their intent to protect Reston’s golf courses. Save our community!