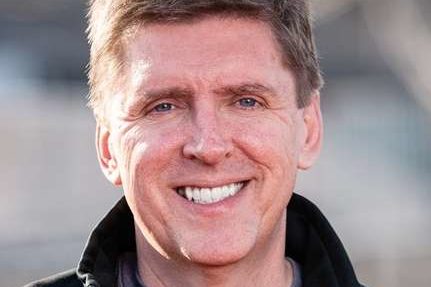 This op-ed was submitted by Walter Alcorn, a former Fairfax County Planning Commissioner who recently won the Democratic Primary for Hunter Mill District Supervisor. It does not reflect the opinions of Reston Now. We publish article and opinion contributions of specific interest to the Reston community. Contributions may be edited for length or content.

Recent reports that the Reston National Golf Course has been acquired by two Baltimore area real estate developers, Weller Development and War Horse Cities, have placed many Restonians on alert.  The fate of the golf course has been a hot button issue for the community since 2012 when the previous owner attempted to assert its right to develop the course without an amendment to the Fairfax County Comprehensive Plan.

Weller Development and War Horse have stated that they “are focused on building relationships and working with the communities we serve, and we look forward to being part of the Reston community for years to come.” I’ll take them at their word, but these new owners, and the Reston community, should understand that if elected to the Board of Supervisors whether I would consider even initiating any possible change to the Comprehensive Plan will be guided by two simple principles.

First, any proposed amendment must, as a threshold matter, have the support of the Reston community, and particularly the support of the homeowners and communities adjacent to the golf course. These residents would be most directly affected by any proposed development. They bought their property with the expectation that it would remain a golf course, as called for in the Comprehensive Plan, and those expectations deserve to be respected. In addition, there also must be support from the broader community (e.g., golfers and users of trails through the course).

Second, I don’t believe that the quality of any business decisions made by the property owners are relevant to land use decisions of the Board of Supervisors. If the new owners paid a speculative premium for the property hoping to find a path to development, and if they are unable to secure community support for such development, in my view that is simply the risk of being an entrepreneur in our free market system.

The Reston National Golf Course has been a part of the fabric of Reston since the community was founded in 1964. I understand the concerns of residents in protecting Reston’s open space for recreational, environmental and livability reasons. And with the current Comprehensive Plan designation arrived at unanimously by the task force formed to draft the Plan only a few years ago, I do not support changing the Plan’s designation that this property be a golf course. At some point in the future if the new owners of the golf course can devise a plan which garners clear and broad community backing (including neighboring communities) I would support initiating a process to consider changing the Comprehensive Plan. If not, they should accept the fact that they bought a golf course and look at how to involve more of the community in the lifelong sport of golf.