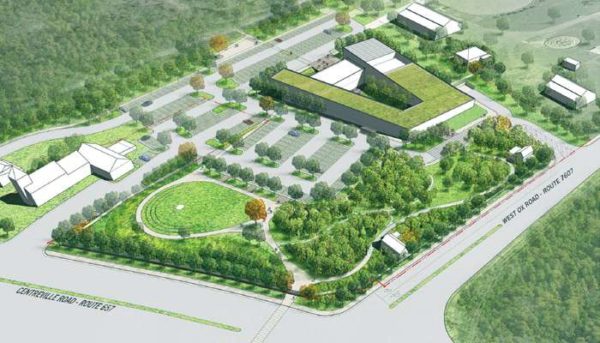 A new fine arts academy that was approved by Fairfax County’s Board of Supervisors three years is set to transform the rural nature of land adjacent to Frying Pan Farm Park.

The Floris Conservatory of Fine Arts is expected to break ground sometime this month, bringing a 48,000 square foot conservatory with a 300-seat auditorium and music, dance, creative and visual arts classes.

The project is located at the intersection of Centreville Road and West Ox Road, south of the Town of Herndon. 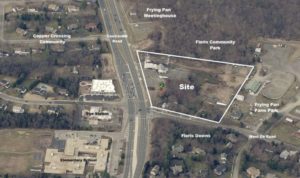 The developer, Scimores Academy LLC, successfully received the county’s blessing to rezone the property, which is located within the nationally listed Floris Historic District, in June 2017. The approval came after more than two years of negotiations with landowners, historic preservation organizations, and educational entities.

Roughly six acres from the eight-acre project were rezoned to allow the project to move forward. Three existing structure on the site will be incorporated into the development.

The academy will be placed at the lowest point of the site in the southeastern corner in order to minimize its visual impact on neighboring areas.