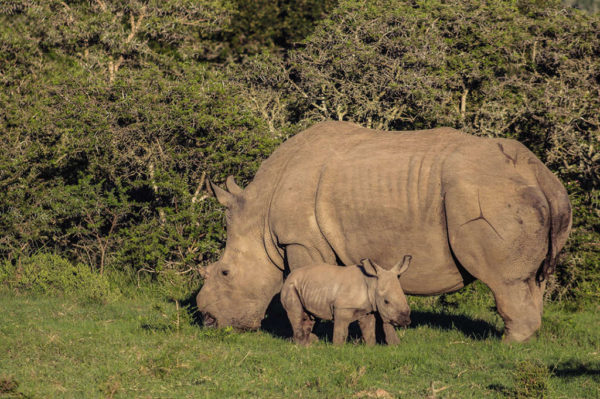 ThreatQuotient, a Reston-based cybersecurity firm, has a new creature under its wing: baby rhino Mtetho.

In honor of World Rhino Day on Sunday (Sept. 22), The company recently adopted the rhino in order to bring awareness to conversation efforts and raise money for initiatives that will protect endangered species.

The baby rhino’s name means justice in the isiXhosa language, which is one of the official languages of South Africa.

John Czupak, ThreatQuotient’s CEO, told Reston Now that rhino culture its a central part of the company’s identity and culture.

“Our goal is to contribute positive change for the fortunes of the species, which mirrors our goals for our customers and mission within the cybersecurity industry,” Czupak said.

Nearly seven years ago, ThreatQuotient selected the rhino as its official mascot in order to evoke the values of strength and steadiness. Rhino decor is common in the Reston-based office and employees receive a stuffed toy rhino on their first day of work.

Mtetho was adopted through Helping Rhinos, a charity based in the United Kingdom and the United States that helps develop new habitats for rhinos and protects them from poaching and illegal wildlife trade.

The company plans to donate $1 to Helping Rhinos for every event attendee at 11 national and international conferences who scans their badges at its booth.