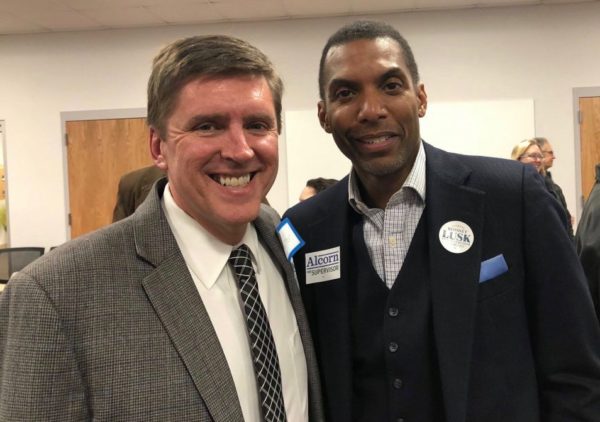 Two incoming county board members who won the Democratic nomination launched a policy platform on Tuesday (Oct. 1) to attract and increase technology development in the county.

In their first year of office, both Democrats say they want to establish a technology accelerator on the historic Richmond Highway Corridor that focuses on creating technology for governments and commercial markets.

By doing so, they hope Fairfax County will become a “test bed” for demonstrating new technologies like last mile delivery systems and self-driving cars.

“Over the years we have done a terrific job of diversifying our economy and ensuring that we remain on the cutting edge of innovation. However, as new technologies continue to emerge at an ever-increasing rate, it’s critical that as a county we not only work to keep pace, but also leverage the economic opportunities created by these developments to address the many needs and challenges that still exist in our region,” Alcorn said.

“This is an area that’s new, it’s exciting, and my hope is that through partnering with Walter and Rodney my office can help move this forward,” Warner said.

Both Alcorn and Lusk are running unopposed in the Nov. 5 general election. They expect to release more details on their plans early next year.

More Stories
Pup Parade Coming to Herndon This WeekendPet of the Week: Hueso