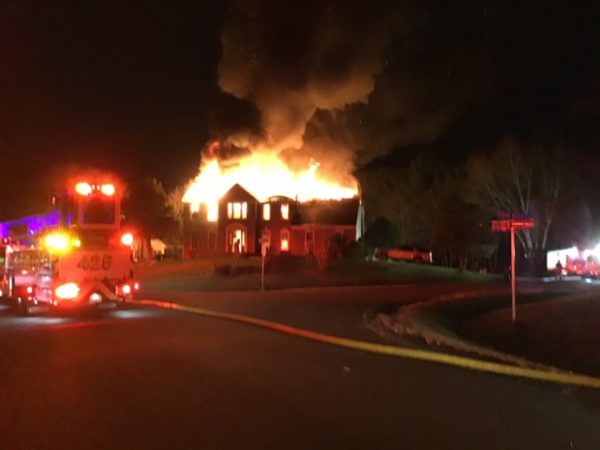 A home in Herndon was engulfed in flames at around 3 a.m. today.

Fire and rescue crews took out the fire at the two-story, single-family home on the 1100 block of Silver Beech Road in Herndon.

Two adults and three children, who were in the home at the time of the incident, were evacuated safely.

#FCFRD and @LoudounFire responded to a house fire shortly before 3 AM in 1100 block Silver Beech Road in Herndon area. Units arrived to find a two-story, single-family house with fire on several levels. 2 adults and 3 children exited the home safely. More later. #FairfaxCounty pic.twitter.com/h6EcvJRHmi