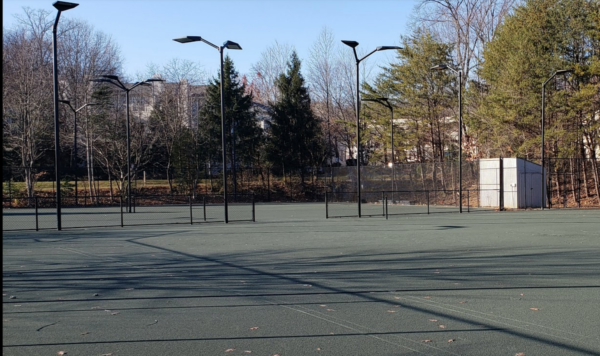 Restonians will be able to see the North Hills Tennis Courts’ new renovation in the spring.

The Reston Association decided to remodel the courts as part of the Capital Project and will feature new LED lighting, a clay surface, an irrigation system and an after-hour bathroom entrance, according to the RA.

Reston Now received conflicting reports from RA staff whether the courts were already open for use, but Rob Tucker, RA’s tennis program manager, said that they are mostly complete and will be unveiled for use in April 2020 with a ribbon-cutting.

North Hills Tennis Courts received a ground-up renovation, according to Tucker, who said that the new facilities are state of the art and require a special water irrigation system.

The clay courts are maintained using what Tucker described as a “sponge that sits under the courts.” When the courts become dry, water is pumped into the underlayer so the courts don’t crack.

“It’s a premium system and about the best you can get,” he said.

The typical hard courts run by the Reston Association will be open year-round, according to Tucker, but the new clay courts will be open seasonally during warm weather months.