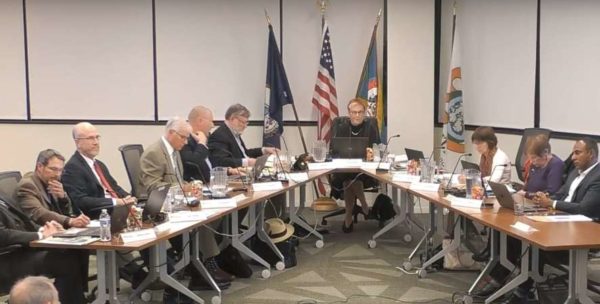 The Reston Association no longer has a 55+ Committee.

RA’s Board of Directors voted to eliminate the committee at the meeting last week (Dec. 19).

“It’s been a difficult year,” Caren Anton, the board liaison to the committee, said during the meeting, adding that a lack of productivity, low membership and taking up RA staff’s time plagued the committee.

Earlier this year, RA launched the “Resources for Better Aging” webpage and the committee members met with people running neighbors helping neighbors-type programs to see if Reston could try something similar.

Anton said that the board asked the committee to go on a hiatus in June.

The board lost its staff liaison and its chair recently submitted a letter of resignation, Anton said.

“As board liaison, I feel that like there is more I could have done or should have done to sort get things on a more productive path,” Anton said, questioning where a new 55+ group might fit into RA’s strategic plan and if a working group might be better. “A 55+ Advisory Committee may not be the answer.”

While Anton said that the committee has struggled, she noted that its purpose — to help people age in place in Reston — is still alive.

Anton read a letter from Reston resident Steve Gurney, who urged for more intergenerational programming and said that senior programs can have stigmas attached to them.

She also said that an RA member commented at a meeting in July that seniors in Reston feel left out.

“I believe we have a responsibility to protect the liveability of all of our members,” Anton said. “I do think it is our obligation to make it easier for our members to age in place.”

RA Board President Catherine Baum, who said that most of her immediate family falls into the 55+ group, said that she thinks a lot about how the Reston Association could improve wheelchair accessibility and information about the Design Review Board and Covenants Committee.

“Some of these people who don’t know where they need to go to get ivy taken off walls,” Baum said.

Baum said that she would like to see future discussions about how the committee could be “rejuvenated” or join the Reston Community Center.

Ultimately, Baum proposed abolishing the committee — “I see a committee that is non-functioning” — and the motion passed, with a “nay” vote from Secretary John Mooney.