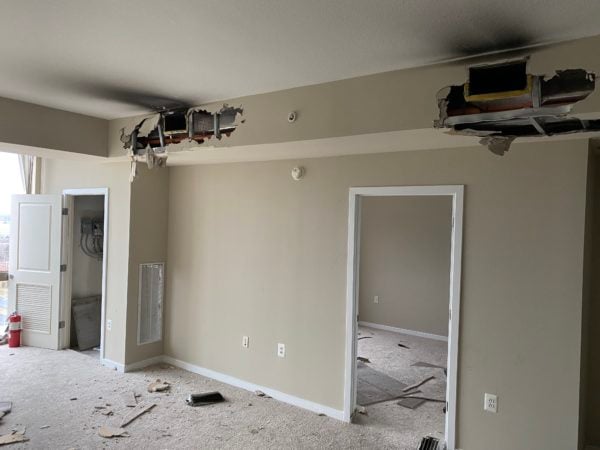 An apartment fire at The Cosmopolitan at Reston Town Center was sparked by an electrical event in an HVAC unit, according to fire investigators.

The fire broke out on the 14th floor of the apartment building during the afternoon last Friday (Jan. 3).

Though a spokesperson originally told Reston Now that only one person was transported to the hospital, a tweet from the fire department this morning (Jan. 6) said that a second person was also taken to the hospital for a checkup.

A contractor working in the vacant apartment discovered the fire, which was too small to activate sprinklers, according to the latest Fairfax County Fire and Rescue tweet.

The fire resulted in around $1,000 worth of damages, according to the tweet.