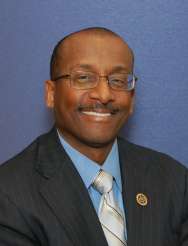 The real estate tax could increase by three cents in the next fiscal year if the Fairfax County Board of Supervisors accepts a budget proposed by County Executive Bryan Hill.

Hill pitched the budget to the board at a meeting today (Tuesday). One cent of the proposed tax, which increases the annual tax bill by roughly $346, will be earmarked for affordable housing initiatives. The remaining two-cent increase will go toward the general fund and other board priorities.

The increase is expected to bring in nearly $80 million to the county’s coffers.

“Unfortunately, we cannot provide appropriate levels of funding in these areas with no adjustments to our tax rates,” Hill wrote in a statement.

Hill is also proposing a four percent tax on tickets for movies, theater, and concerts. If approved, the tax would take effect in October. County officials say that the move could bring in $2.3 million in revenue to the county that would fund arts and tourism efforts.

Hill anticipates that the school system can make up the difference between what was requested and what will be allocated through expected increases in state funding this year.

At the meeting, Hill also unveiled the county’s new strategic plan, which outlines nine priority areas that will guide the county’s decision-making over the next 30 years.

Highlights of the plan are below:

Funding to expand school readiness programs like the new Early Childhood Birth to 5 Fund and a recommended $25 million bond referendum for early childhood facilities in 2020 in the Lifelong Education and Learning priority area.

Dedicating one cent of the proposed tax increase to affordable housing under Housing and Neighborhood Livability.

Body-worn cameras and staff for the new Scotts Run Fire and South County Police stations under Safety and Security.

Funding to expand environmental initiatives, Diversion First and the Opioid Task Force under the Health and Environment priority area.

Funding for expanded library hours (11 of 22 locations will move to standardized hours), scholarship assistance for parks programs and use of admissions tax revenue to increase funding for the arts under the Cultural and Recreational Opportunities priority area.

Public hearings on the budget are set for April 14-16. The board will make changes to the proposed budget on April 28, followed by adoption on May 5.