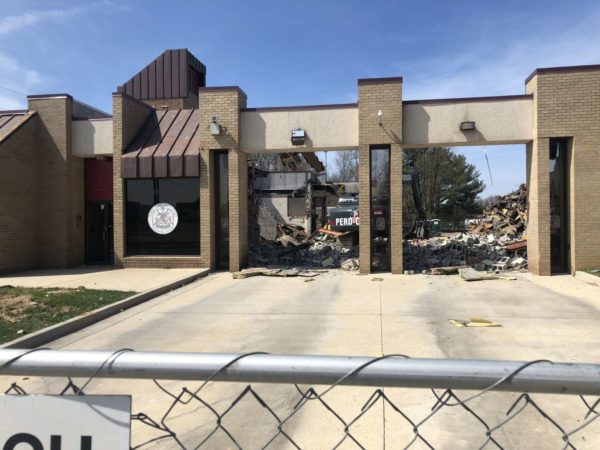 Demolition has begun on the Fairfax County Fire and Rescue Department’s Station 25 in Reston.

After some delays, crews began the effort on Friday (March 20) to make way for a new fire station on 1820 Wiehle Avenue.

The project is expected to wrap up in the summer of 2021. Fire and rescue personnel are currently working from a temporary station at 1800 Cameron Glen Drive near the North County Government Center.

With a price tag of $14.8 million, the new fire station will have double the capacity, two levels, and space for administrative offices, a kitchen, storage, and bunk rooms.

The area around the fire station is slated for major redevelopment, some of which is already underway.

Yesterday, demolition started on Station 25, Reston. Another step closer to the start of construction on the new Station 25 on this site. #FCFRD #FairfaxCounty pic.twitter.com/YXe34T0m8Y