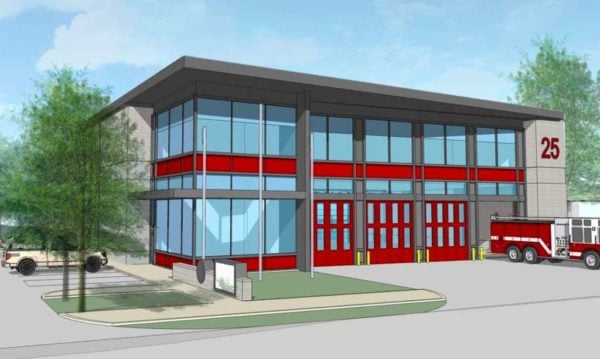 The demolition of Reston Fire and Rescue Station 25 is set for the fall, bringing an end to the building that was built in the early 1970s.

Construction on the new fire station — Reston Fire and Rescue Station 25 (1820 Wiehle Avenue) — will begin later this year. The new facility is more than double the size of the current department, which officials said has long outlived its use.

Major redevelopment is planned around the fire station, which will have two levels and four drive-through bays with the capacity for adding more units in the future.

The county plans to work with the developer of Isaac Newtown Square, which is behind the fire station, to make sure the redevelopment project does not interfere with work planned at the fire station.

While the new station is under construction, fire and rescue personnel will be relocated to a temporary station at 1800 Cameron Glen Drive near the North County Government Center.

Site work and construction of the temporary facility, which consists of trailers and a large tent, is in progress, a spokesperson for the county’s fire department told Reston Now.

The project is expected to cost $14.8 million.