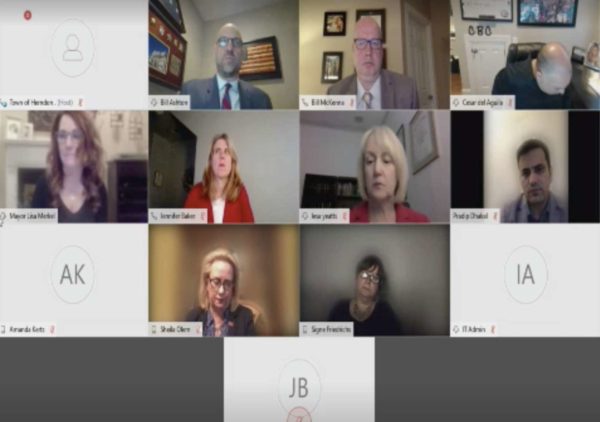 Prompted by the coronavirus pandemic, the Town of Herndon’s revised budget for the next fiscal year proposes a half-a-million-dollar cut from the original proposal.

The $38 million proposal eliminates a planned one-cent increase in the real estate tax, a projected increase of $100,000 in revenues from the Business, Professional ad Occupational License tax, and pay increases for town staff.

Herndon Town Manager Bill Ashton II is also calling on the Herndon Town Council to immediately sequester $5.5 million that can be spent when the town achieves revenues targets int he next fiscal year.

Overall, however, the budget is not materially different from the original proposal.

Ashton noted that the uncertain pace of economic recovery and lack of data on projected revenues creates an “extremely fluid” economic environment. If revenues fall below projections, the town will consider exploring reductions in personnel costs, the town’s largest spending category by far.

Here’s more from Ashton II on the updated plan:

“The shortcoming of this proposal is that it does not directly consider how significant changes to the economy will affect the town’s revenues moving into, and through, FY 2021. The problem with creating such a forecast is that we have limited data to support creating assumptions on which to build these projections. If we were to establish projections based on the small data sampling we have today, we would be forced into significant personnel reductions in this budget. Such reductions would cause the town to incur additional costs and would be difficult to unwind should the revenue situation materialize better than expected. “

He also noted that the town’s budgeting approach will keep the town from “over-committing in its response to a worst-case scenario,” allowing the town to adapt to a changing economic climate in the post-COVID-19 world.

A work session on the budget is set for May 5, followed by public hearings on May 12 and May 26. All meetings, which begin at 7 p.m., will be held online. In addition to comments at meetings, residents can submit comments online or by emailing [email protected]