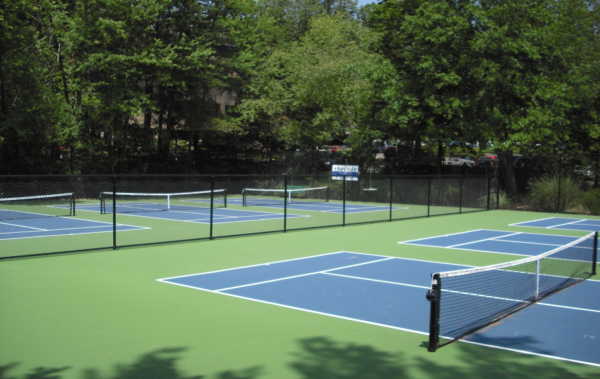 Reston Association is planning to open some tennis and pickleball courts if Northern Virginia begins phase one of its reopening plan on May 29.

At a board meeting last night (Thursday), RA CEO Hank Lynch said that the responsibility of enforcing rules will fall on the tennis community.

“We are looking at how to open up our tennis facilities in a way that would keep social distancing in mind,” Lynch said. Only 14 tennis courts and two pickleball courts — the names of which have not been released yet — will reopen during phase one. Courts will remain open from dawn to 9 p.m.

The following procedures, among others, will be followed:

Staff said they will continue to consult local jurisdictions on how they plan to handle opening tennis courts, as well as guidelines issued by the United States Tennis Association and the American Pickleball Association.