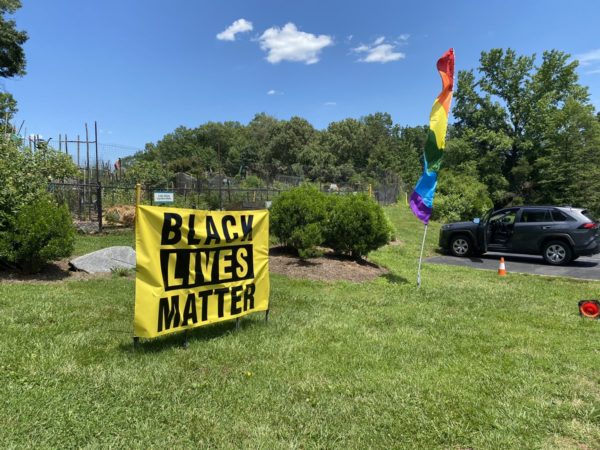 A Black Lives Matter banner is still missing from the Unitarian Universalist Church in Reston.

The banner, which was installed last Thursday to support the protests following George Floyd’s death, was stolen Thursday night, was taken one week after it was installed.

A new banner has already been ordered for the church, according to Rev. Debra Haffner.

“We hung a Black Lives Matter banner in front of our church property at this moment in time to demonstrate our support of those who are protesting the murders of black people by police and as a visible symbol of our commitment to ending racism and white supremacy,” said Haffner in a press release.

In the past, a banner celebrating the LGBTQ+ community was stolen three times last year.