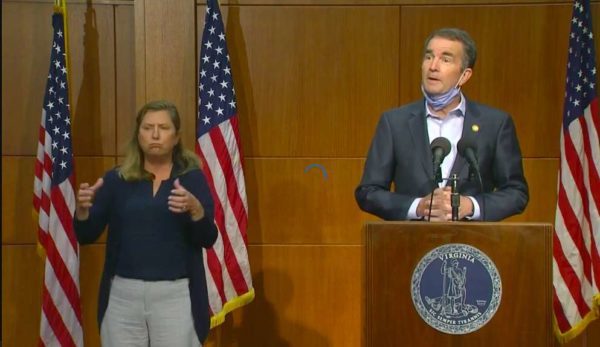 “That gives us about three and a half weeks in Phase Two, where we have been able to follow the data,” Northam said, adding that he wants people to keep wearing masks and follow guidelines to avoid recent spikes on other states.

During his press conference today, Northam and state health department officials said that Virginia is seeing a decline in cases and hospitalizations.

Still, things such as overnight summer camps for kids will not be allowed, Northam said. Northam said that the “safer at home” recommendation is still in place for people who are immunocompromised, and remote work is encouraged.

Other changes include public access to online data from nursing homes and long term care facilities throughout the state, according to Northam. This data includes the number of cases and number of deaths, one of Northam’s advisers said.

“Now that there are more cases in the facilities, we can release the information without compromising the confidentiality,” he said.

To track and limit the spread of COVID-19 in care facilities, Northam also announced that $56 million will be available for testing of both residents and care-takers.