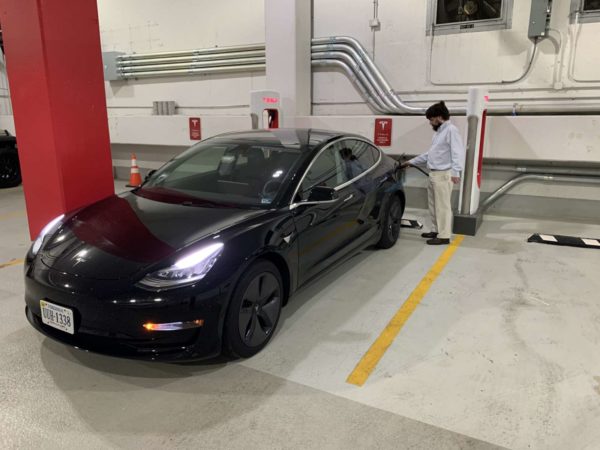 Comstock, the developer of Reston Station, announced the opening of the station today (Wednesday).

“We recognize that the quality of Reston Station’s architecture and tenant mix require us to bring the best local, national and global brands to our project,” said Tim Steffan, EVP/Asset Management, Development and Leasing for Comstock. “Tesla’s pioneering sustainability initiatives and brand platform are a great complement to our long-term vision to deliver best in class amenities to our market.”

Here’s more from Comstock on the announcement:

Designed and built by Tesla and capable of charging a Tesla battery in minutes rather than hours, Tesla V3 Supercharger Station will accommodate the simultaneous charging of 8 Tesla vehicles, including Model S, Model X and Model 3. Tesla’s third generation Supercharger is substantially more powerful than any other charging technology currently available, ultimately reducing the amount of time customers spend charging by an average of 50%.