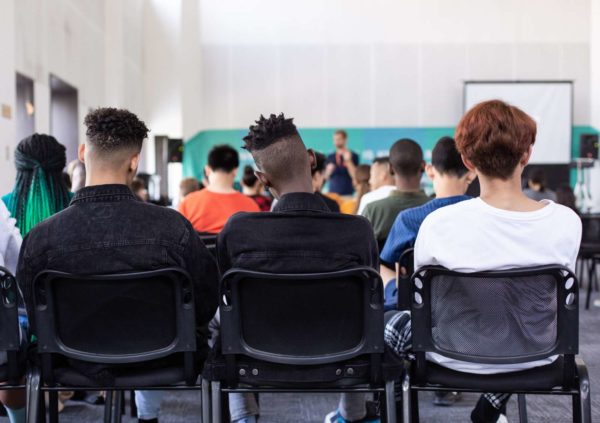 An online petition created by two Fairfax County Public Schools graduates is calling on the school system to improve its Black history curricula.

Tyler Hensen and Rachel Murphy, who are both graduates from 2012, launched the change.org petition, which states that the school system’s curricula are insufficient to address “systemic racism.”

Here’s more from the petition, which has gained 804 signatures so far:

FCPS has played an important role in providing a safe and encouraging place for us to grow as students and world citizens. We have each had our lives positively impacted by the care of hardworking teachers and staff who opened our minds to a range of issues, fields, and passions. In a school system that is home to students who speak over 200 languages, FCPS prides itself on the racial and cultural diversity of its students and staff. However, there is a deficiency in our classrooms regarding education on issues of structural, institutional, individual, and systemic racism. Thus, we are calling for action to be made in the existing curricula and culture, for this action to be overseen by a committee that is responsible and responsive to all stakeholders in the County, and a public statement released by the FCPS School Board committing to lasting change.

We know that this proposal is the beginning of an ongoing conversation between our administration, community, and student body. The basis of justice, equity, and change begins with a properly educated and informed generation. We propose a list of tangible actions which are available to be read here.

In a recent statement, FCPS said teachers are working hard to improve the social studies curriculum:

A group of Fairfax County Public Schools (FCPS) teachers have been collaborating with colleagues from five other Virginia school districts to create a social studies curriculum that presents diverse perspectives and challenges students to critically examine materials, events, and institutions for bias, identity, and multiple perspectives.  The new curriculum will be available to students in grades 3, 4, 6, 7, and 11 as soon as this fall.

Beginning in 2018 under the umbrella of the Virginia Inquiry Collaborative, FCPS teachers worked with colleagues from Albemarle County, Virginia Beach City, and Charlottesville, and later Madison County and Powhatan County Schools, to collaborate aroundcurriculum development designed for use across Virginia, beginning with a focus on fourth grade Virginia Studies.

According to a WUSA 9 report, the students said they believe their understanding of slavery and racism represents a “tremendous deficiency in the understanding that we are then released into the world as young adults with this really deficient understanding of how we are perpetuating a problem.”

They want the new curricula to emphasize the historical impact of Black leaders, writers, artists, and thinkers.

The petition also calls on FCPS to create a committee that oversees the implementation of “anti-racism” into the curricula and culture.