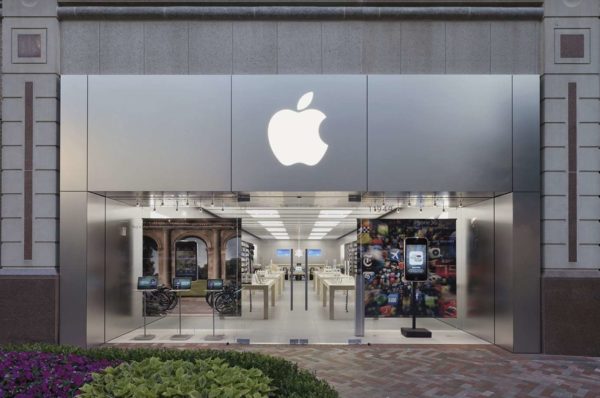 Reston’s Apple store reopened on July 16 after moving to a new location following their old location’s closing back in March.

The store had been planning and building a reconstruction of the old store for over a year now, and has finally opened up right next to the old store. The new building is more than double the size of the previous, according to 9To5Mac.

Unlike the usual celebrations that follow Apple Store unveilings, the new Reston store chose to keep their opening quiet to prevent people from crowding, according to 9To5Mac. Cheering, lines and high-fives were frowned upon. A small notice on the window was the only evidence of the store’s opening.

The new store is designed with white quartz, a revolving door and a wall-to-wall glass facade. These changes are apart of a “breakaway” from the store’s stainless steel design most people are familiar with. According to 9To5Mac, other contemporary Apple Stores in Clarendon and Pentagon City have a similar look.

New COVID-19 safety protocols include mask requirements, temperature checks and a limited number of customers in the store. Customers will be asked to wait in a line outside before entering. Additionally, shopping and repair services are available online.

The Apple Store has not yet responded to questions regarding the reopening.