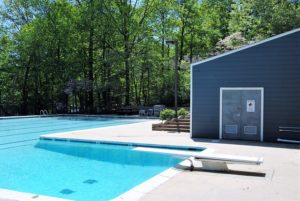 Despite full support for a major replacement of Lake Thoreau Pool, Reston Association’s Board of Directors grappled with how to fund the project, which could cost up to $3.5 million.

At a meeting on Thursday night, board members said it was unclear how RA would fund the project as it develops the budget for the coming fiscal year. RA staff and CEO Hank Lynch suggested splitting the cost of the project between fiscal years 2021 and 2022.

The board’s latest meeting highlighted pressing and longstanding budgetary management concerns as RA determines next steps for moving forward with the project.

RA’s COO Larry Butler stressed the need for more structured longterm planning, including the developing of a five-and ten-year capital project plan for projects that exceed $250,000. Those plans would allow the board and the community to have a “true understanding or real costs,” he said.

“There’s a lot to be done in that realm,” Butler said.

Board Director Ven Iyer said the question of how to fund Lake Thoreau highlights RA’s habits of “fiscal irresponsibility.”

“In spite of bringing in 18 million a year, we are unable to find $3.5 million dollars to fix a pool,” he said.

For the pool, the most favored design includes a zero-depth wading pool in what used to be the facility’s deep end, expand the parking lot and bathhouse to meet Fairfax County and Americans with Disabilities Act code requirements, and incorporate an elevated observation and lounge deck.

Staff recommends splitting project costs between $1.6 million in 2021 and 1.5 million in 2022. Under this scenario, the board could defer upgrades to Lake Anne’s dam and renovations to Glade Tennis Court.

RA is expected to grapple with other major renovation projects, included the full-scale renovation of Shadowood Pool. Despite cosmetic changes in the last few years, parts of the facility are obsolete and ongoing sewage issues continue on the site.

Lynch also stressed that RA needs to allows its recreational facilities and working group to evaluate the association’s recreational needs, missed opportunities for amenities, and a review of the need or lack thereof of current amenities.

RA Board Director John Mooney suggested that the board consider financing certain project instead of pay-as-you-go funding.

“It’s not fair that current rate payers foot the bill for a facility that will serve multiple future generations of rate payers,” he said.

Discussions on the budget are expected to continue in coming meetings.

More Stories
Reno of the Month: Three Things Not To Do In Your Bathroom RemodelNew Report Outlines COVID-19 Economic Recovery Problems and Potential Solutions