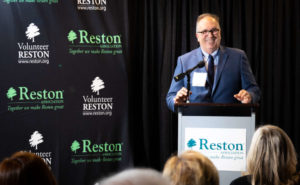 But at a Board of Directors’ meeting on Thursday night, some members suggested increasing the rate — as done in previous years — in order to keep up with major expenses and other operational needs. Lynch hopes to keep fees stable in order to account for the impact of COVID-19 on its membership.

No staff merit pay increases are proposed in Lynch’s budget, resulting in savings of roughly $208,500.

“I don’t think it’s the right thing to do right now,” Lynch said, adding that he discussed the proposal with senior staff, who concurred with his plan.

Board members Mike Collins also noted that RA’s membership must grow accustomed to fee increases as serious infrastructure challenges come forward due to aging facilities in need of replacement.

To fund the replacement of Lake Thoreau Pool, the board is considering a plan to defer roughly $1.3 million in scheduled 2021 capital expenditures.

“I just don’t see any another way,” Collins said, adding that he “hates” the idea of increasing fees.

The board juggled the possibility of a $20 increase in the coming year, although no number was settled upon.

Mooney suggested that Lynch and his staff consider how a $membership assessment of up to $728 for next year would help meet RA’s costs.

Other budget highlights include:

A budget hearing is set for November 4 at 6:30 p.m. via Zoom. The board plans to indicate that a range of assessments is being considered between $708 and $728.