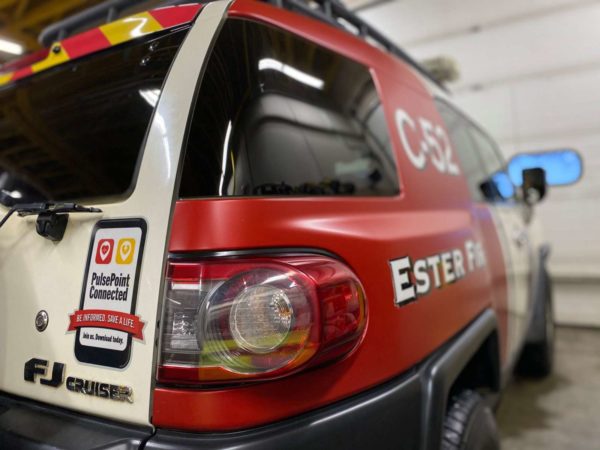 The Fairfax County Fire and Rescue Department is coming up with more ways to help local residents receive CPR in the event of an emergency.

Earlier this month, the department announced the official launch of the PulsePoint, a phone app that connects to 911 and alerts CPR-trained residents if someone in a nearby, public location is experiencing Sudden Cardiac Arrest (SCA).

The rate of survival from SCA decreases by between seven and 10 percent for every minute that passes before help arrives, according to the department. The app can be downloaded from the Apple Store or on Google Play. Potential resident rescues are also alerted to the exact location of a defibrillator.

“In working with PulsePoint, our goal is to get every resident with access to early intervention in order to save as many lives as possible,” Butler said.

Butler pushed for the institution of the app in Howard County, Md., where he was previously the fire chief.

Last year, the American Heart Association (AHA) created new guidelines that urged fire departments to have the capability to alert willing bystanders for the need of CPR.

He noted that CPR-related calls are fairly common in Fairfax County. In 2019 and 2020, the department responded to 645 and 663 patients where EMS crews attempted resuscitation respectively, Robbins told Reston Now.

An email is required to set up an account once the app is downloaded.