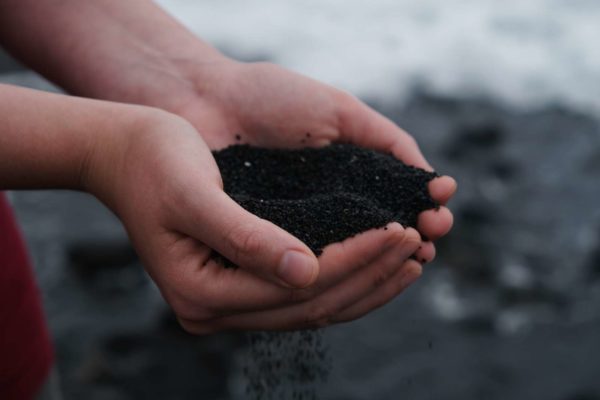 Such collection opportunities would mark a step toward the county’s ambitious goal of making schools and government operations zero waste by 2030 and carbon neutral by 2040.

The board asked the Department of Public Works and Environmental Services last summer to research and report options for bringing an internal compost pilot — an employee-led food scrap recycling program called the Fairfax Employees for Environmental Excellence — to the public.

Fairfax County Director of Engineering and Environment Compliance Eric Forbes told the board during its environmental committee meeting yesterday (Tuesday) that DPWES has “a number of pilot programs” and the county “has been discussing working toward organics diversion for quite a while.”

Food scraps, which can be composted and converted into nutrient-dense soil, make up 30% of what gets thrown away in the county. Diverting this potential resource represents “the next rung on the ladder for our community,” Forbes said. 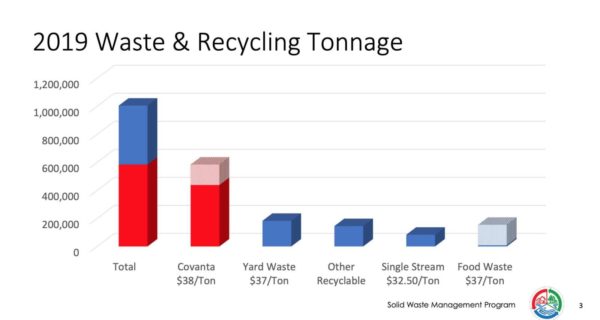 The county unveiled composting drop-off sites at the I-95 Landfill Complex & I-66 Transfer Station in November. He said these sites have rescued about 4,500 pounds of food scraps so far. People can also bring food scraps to farmers’ markets or hire one of four vendors in the county that offer curbside organics collection services.

In the near future, the county is looking to expand collection opportunities at farmers’ markets run by the Fairfax County Park Authority, FRESHFARM, and Central Farm Markets. These three organizations have expressed interested in working with the county, according to Forbes.

The county is also mulling over a curbside collection program, which would let residents mingle food scraps and yard waste in their green bins. Through an inter-county agreement, the food scraps could be taken to a facility in Prince William County.

“I like the idea of regional players taking the responsibility,” Mount Vernon District Supervisor Dan Storck said. “I appreciate Prince William stepping up to build their own food scrap recycling.”

“I want to make sure we do that analysis before moving forward with expansion of curbside,” he said.

Likewise, Board of Supervisors Chairman Jeffrey McKay said he appreciates the pilot programs and partnerships, but there needs to be more communication with the “average Joe homeowner.”

Forbes said his staff is looking to purchase electric vehicles for trash collection. As for educational opportunities, he said the county publishes lots of educational material and presents ways to eliminate food waste at homeowners’ association meetings.

“I want to make sure we are looking at equity through this issue,” she said. “Families will be happy to participate as long as we look at some of the barriers that exist.”

Photo via Seth Cottle on Unsplash