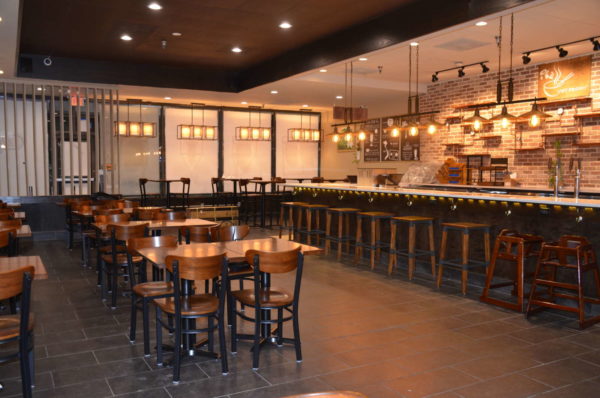 A new Vietnamese and pho restaurant is opening later this month at Franklin Farm Village Center in Herndon.

The family-owned Pho VietFresh at 13340 Franklin Farm Rd. is projected to open in mid to late February, according to owner Tam Nguyen, although there’s no set date at the moment. Inspections and acquiring permits from the county is still being delayed due to the pandemic.

Nguyen says owning a restaurant has been a family dream ever since they immigrated to Herndon from Vietnam in 2008. His parents have worked at other area Vietnamese restaurants. After graduating from University of Virginia, Nguyen returned home and convinced his parents it was time to open a business of their own.

“Back in Vietnam, we’d have a lot of celebrations and my mom would always cook,” says Nguyen. “She’s going to be the main chef [at Pho VietFresh].”

The menu is relatively small compared to other Vietnamese restaurants, offering pho, raman, bánh mì, and a few other dishes. This was done on purpose, says Nguyen.

“We are very specialized,” he says. “We want to be more modernized… a little bit more Americanized, while also having the same authenticity.”

The restaurant takes the place of a former Starbucks (which moved across the street).

Take-out, limited indoor dining, and delivery through UberEats and DoorDash will be available upon opening. The hope down the road, Nguyen says, is for Pho VietFresh to offer their own delivery service, which will cut costs for both the customer and restaurant.

The original intent was to open last spring, but the pandemic delayed the family’s dream of opening their own restaurant… but only for a little a while longer.

“It’s a long time coming for us,” Nguyen says.