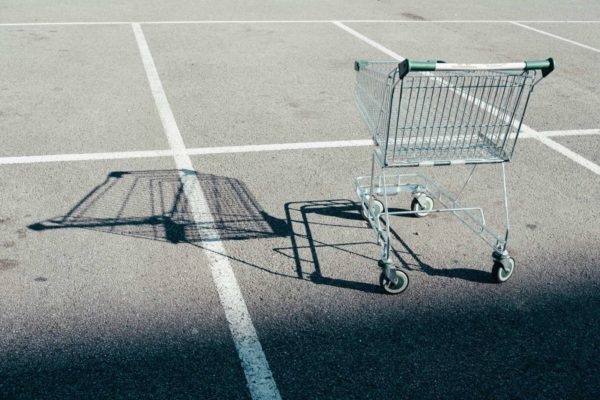 Misdemeanor, or petit larceny, is defined as theft of items under $1,000. The law was first passed more than 50 years ago. The bill passed the Virginia House of Delegates by a 52 to 45 vote with three delegates not voting.

If approved, Plum’s bill would change the mandatory jail sentences. Plum is a Democrat and a long-time delegate for a district that covers a large portion of Reston. He has a weekly opinion column on Reston Now where he discussed this very topic.

The bill would not repeal all punishments for petit larceny, simply not make a jail sentence mandatory on second and subsequent convictions.

Plum says he believes the current law works against people of color.

“What we’ve come to recognize is that laws are not just in Virginia. They’re not always appropriate to the severity of a crime versus punishment,” he says. “It works to the disadvantage of those people of color… or those disadvantaged by income or social status.”

He cites statistics and explanations from Justice Forward Virginia, a political action committee advocating for criminal justice reform in Virginia, to justify why he’s introduced this bill.

“Incarcerating someone for 5 years for stealing something worth less than $,1000 is facially unreasonable,” reads their website. “Whatever value we may place on the security of someone’s property, imprisoning someone for five years for shoplifting doesn’t make sense.”

Justice Forward Virginia also notes that this law disproportionately impacts those most vulnerable. This could mean those who suffer from mental illness, substance use disorders, or are homeless.

Plum agrees with this assessment.

“There are a lot of people who steal things because they don’t have enough to eat. They don’t have the kind of family support that they need and their last is related to survival,” he says.

He says severe penalties like those in current Virginia law are simply piling on folks that can least afford it.

The repealing of the law could also save the Commonwealth money.

Prisoners cost money but Plum says that was not a major factor in the bill’s consideration.

“We save a few bucks, but mainly what we do is we save lives of people who get caught up in the criminal justice system,” he says.

One of those voting against the bill is Delegate Mark Cole of the 88th District, which covers parts of Fauquier, Spotsylvania, and Strafford Counties.

In an email to Reston Now, Cole said he voted against the bill because it lessens the punishment for repeat offenders.

“If you are going to give someone a break, it should be a first offender that may be unlikely to re-offend, not a repeat offender,” he wrote.

The bill has been referred to the Virginia Senate Judiciary Committee.