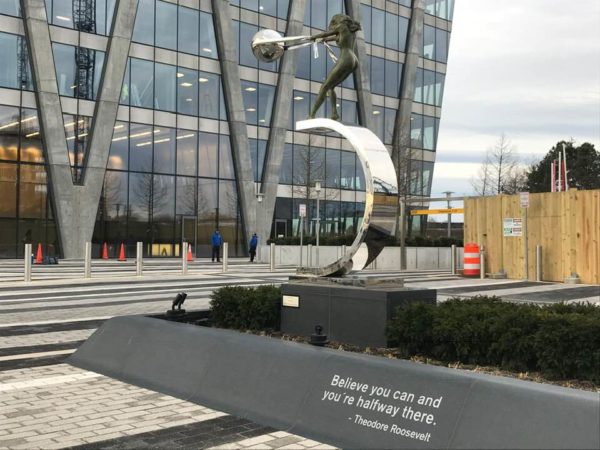 The COVID-19 pandemic has hit the restaurant industry hard, including many establishments in Reston and Herndon.

Two restaurants — which have delayed their openings by more than a year — are now firming up plans to open at Reston Station near the Wiehle-Reston East Metro Station by May.

Big Buns Damn Good Burger Co.,  a DC-based burger and craft beer restaurant, is expected to open sometime in March, according to a company spokesperson for Comstock, the developer of Reston Station.

The business will take up roughly 3,000-square-feet at the BLVD, Reston Station’s first apartment tower. It was originally expected to open in late 2019 or early 2020.

Matchbox, DC-based wood fire pizza restaurant, plans to open sometime in May, but so far, there’s no set date, according to company spokeswoman Victoria Thornton. The 5,500-square-foot space was originally set to open in early 2020 at 1900 Reston Metro Plaza Drive, the building designed by Helmut Jahn that Google currently anchors.

‘Our Reston location is having some minor delays,’ she tells Reston Now.