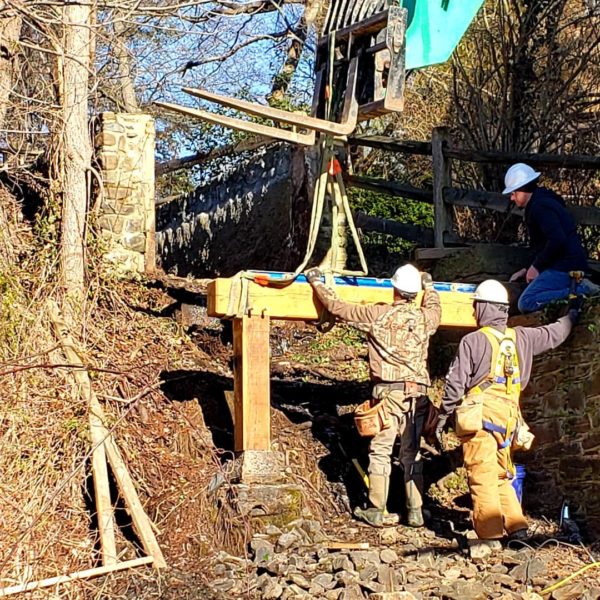 The refurbishment of Colvin Run Mill in Great Falls is an ongoing project, but a major focus of the site will be ready to be unveiled in just a matter of a few months.

The mill’s 20-foot diameter water wheel and flume are currently being demolished and replaced. The project completion date is estimated to be the end of spring or in early summer.

The completion should be “just in time for the year’s first grind,” according to Heather Lynch, the county’s project manager.

Preregistered, socially distanced tours and classes are still available during the wheel and flume replacement.

The Fairfax County Park Authority’s board originally approved this project on late May last year. The project was recommended to the board based on observed deterioration of the wooden wheel that operates the circa 1811 mill and the wooden flume that carries water to the wheel.

It comes on the heels of a restoration effort in 2014 and 2015 to “fully implement the original automated mill design the in accordance with the methods developed by Oliver Evans in his Young Mill-wright and Miller’s Guide,” according to the FCPA’s submitted agenda when the project was approved. A new shaft for the mill wheel was also installed during this restoration project.

The cost for the project was $382,000, while a staff member estimates the annual maintenance cost will be cut by $6,000 per year. The estimated lifespan of the new wheel is 15 years.